It's been a while since my last update, for which I apologise. There's always so much going on here it's a question of when do you stop and try and write it all down! I'll attempt to provide a round up of what's happened since Christmas (yes it has been that long!) and then I plan to put smaller posts with more of a 'what's happening right now' theme. I'm also hoping to add pictures to most posts but some activities are commercially sensitive so photos won't always be possible.

Big news in early January was the release of 57307 in base DRS blue and retaining it's LADY PENELOPE nameplates. The loco has since had vinyls applied that warn cable thieves that they are being watched. 57010 was also repainted in full DRS livery and both 57s departed behind 47818 on 4th January. 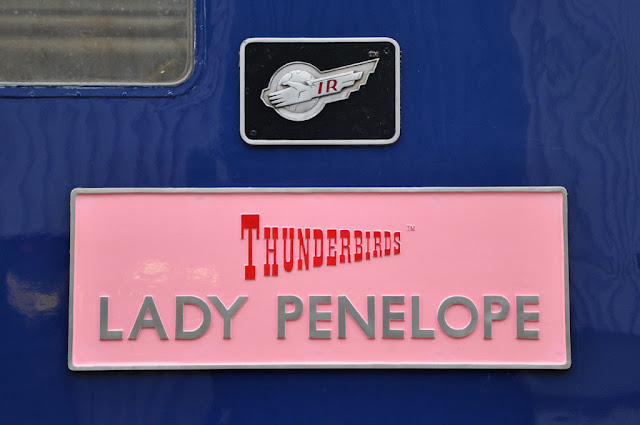 66718 visited in early January for repairs to its fuel tank.

The GLVs and SITT rain have been regular visitors over the recent cold period, receiving maintenance and replenishment. 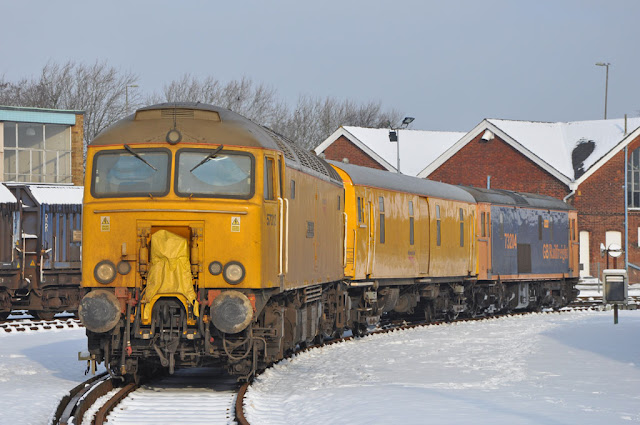 Several inches of snow fell across much of the country on the 18th January with Eastleigh receiving about 4-5 inches, giving some interesting views including a good layer of snow on the Snow & Ice Treatment Train (SITT) top ‘n’ tailed by 57sand the many stored vehicles in the yard here. 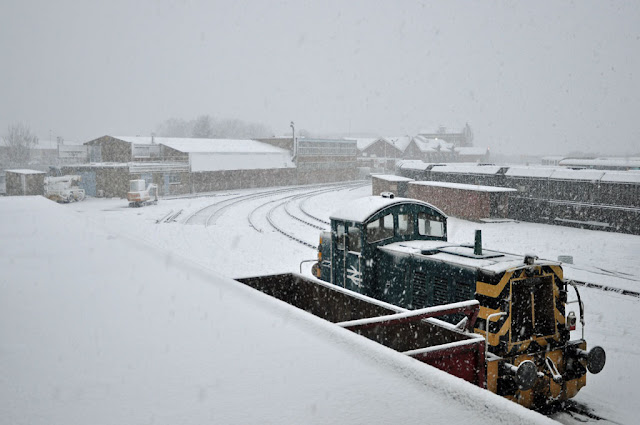 Above is the view from my office window at about 8.30 am on 18th January. 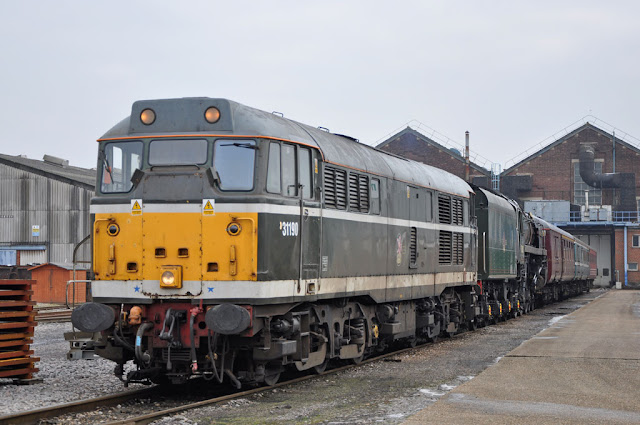 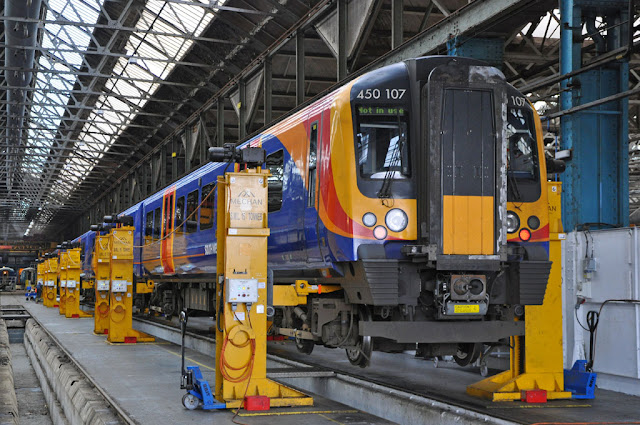 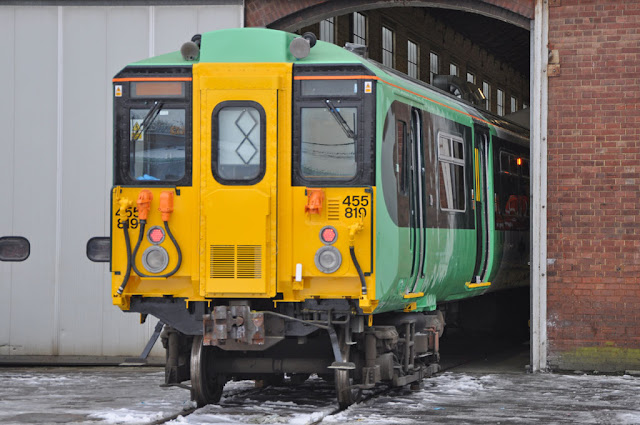 Mk2 TSOs 5908 and 6136 have escaped the cutters torch for a short while as more parts are removed for re-use on other vehicles. 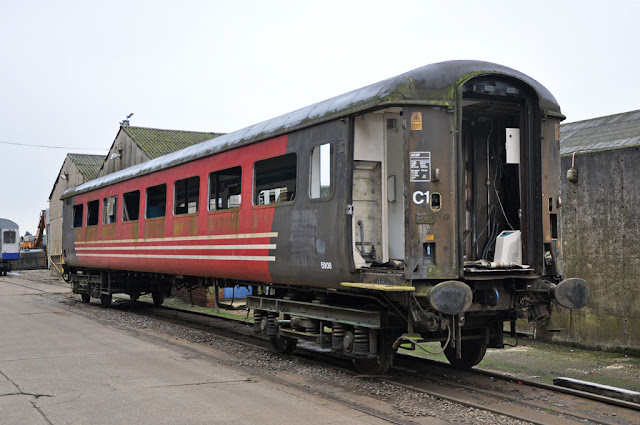 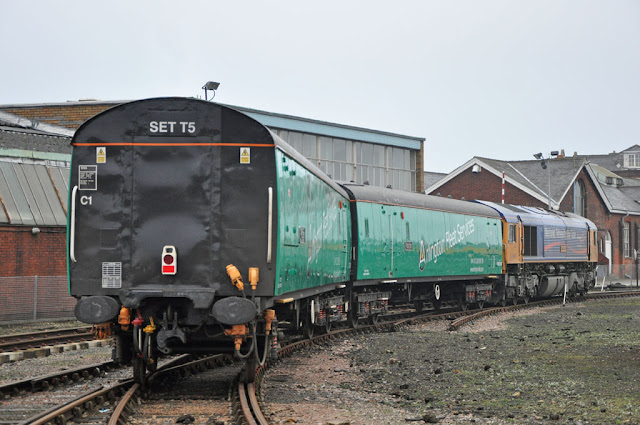 The Speno Rail Grinder DR79221-226 departed after completion of maintenance at the beginning of January.

Stoneblowers DR80215 and DR80206 have been repainted and returned to traffic. 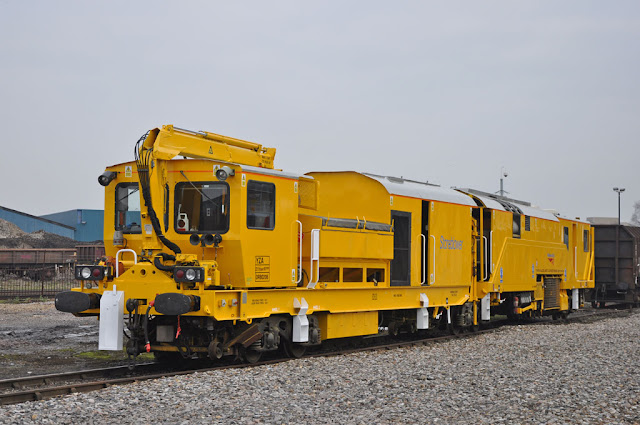 Docklands engineers wagon 996 has departed following overhaul. Removed by road on 14th and replaced by 998 which arrived by road the following day. 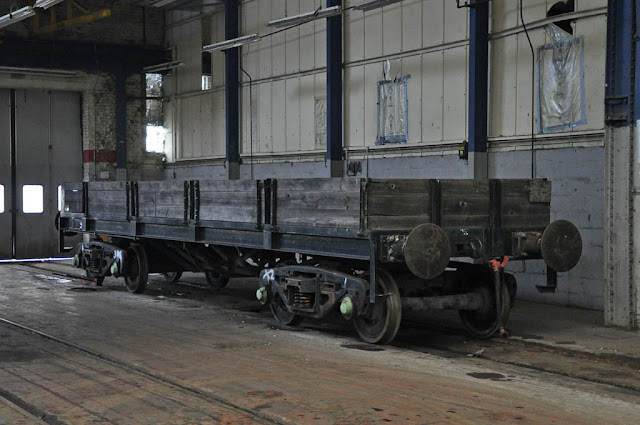 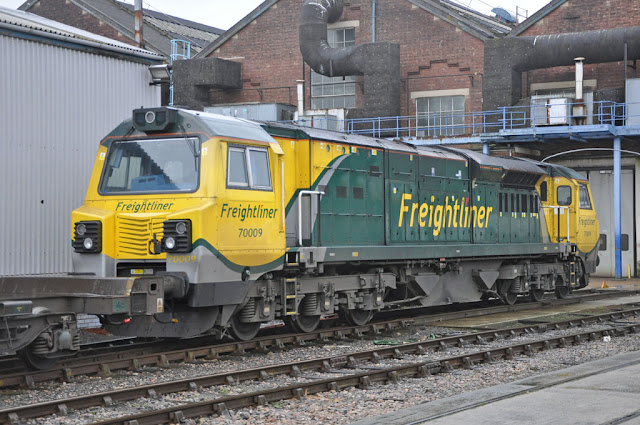 Work continues on conversion of the extra two cars for the Tube Lines Asset Inspection Train (AIT), 3079 and 3179. 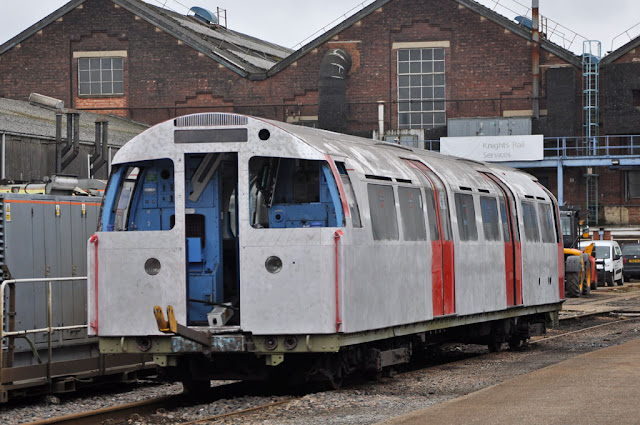 Also disposed of has been B168, the Niteq Mini Mover 1500-E battery shunter that came from Neasden. 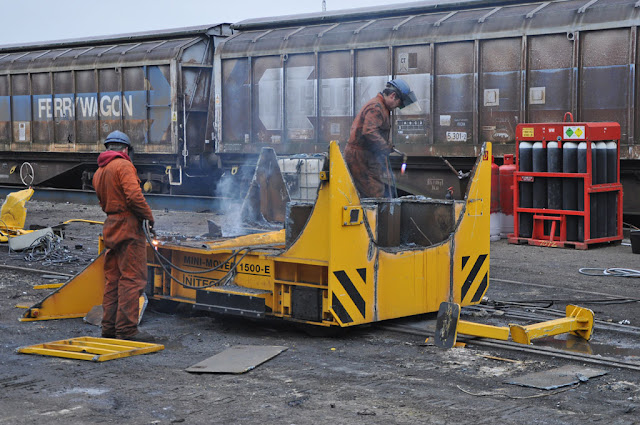