508202 is undergoing significant component recovery at the moment.

On a brighter note, 66741 (the last in unbranded Freightliner green) is in the Paintshop being prepared for repainting. 57308 and BSO 9525 are now in DRS blue awaiting decals.

MOD 428 (01508) is now operational again after many years in bits. Still a few jobs to do but she's been running up and down the yard recently.

Departures and an Extinction! 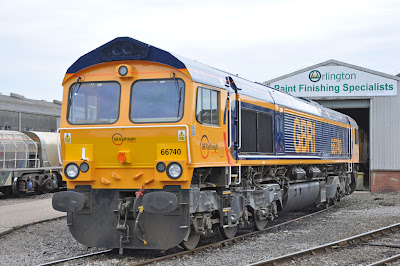 47841 also departed having received a fresh coat of DRS Compass livery, modified roof grilles and a flush cab front. It ran to the LNWR depot next door and collected 66303 which had received replacement wheelsets. 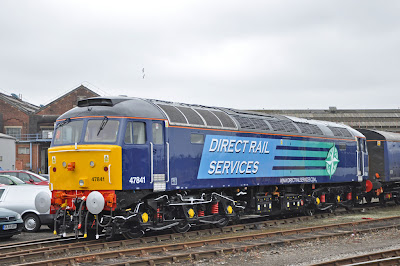 Virgin Thunderbird livery is no more....57308 is in the Paintshop, having had the yellow fronts and black roof painted. The rest is in primer and preparation work is underway for painting the blue.

Siemens are preparing to swap units later this morning with 450079 ready to depart.

Wabtec are working on 455826 which arrived on Saturday behind 57301 having failed in the early hours on Friday morning on its way here. 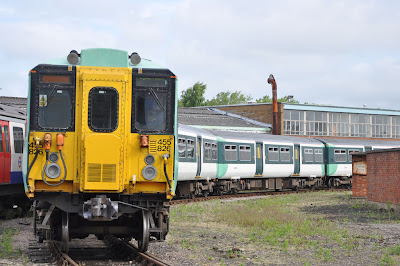 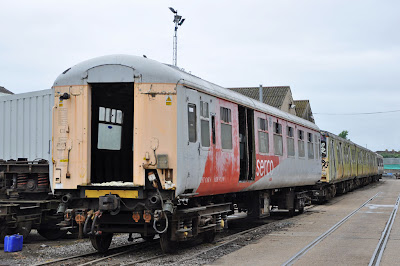