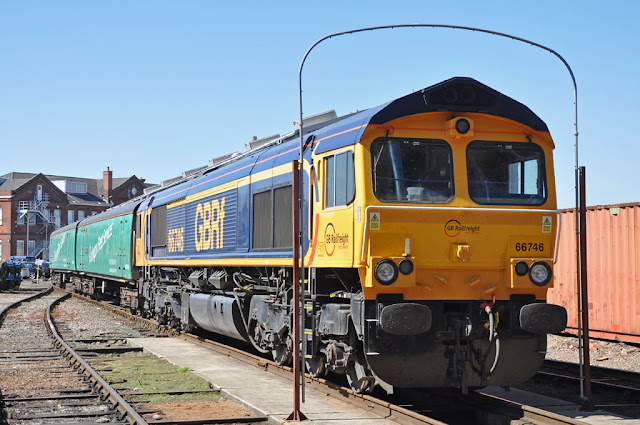 They were due to leave at 09:22 today but are still in the yard here with a problem preventing them from leaving. Hopefully all will be resolved soon and they can get on their way. 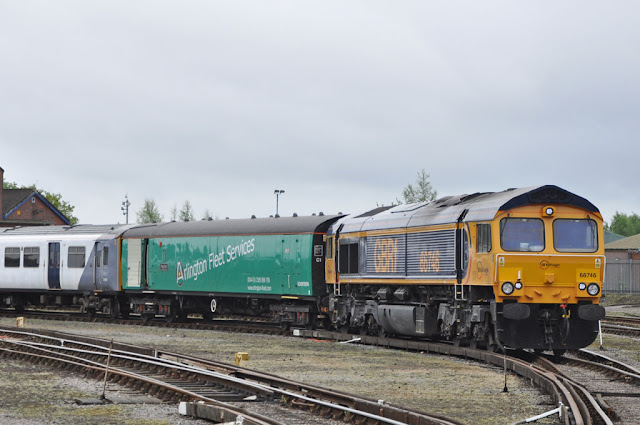 08650 departed by road last thursday, back to the Isle of Grain. The lorry returned on friday with 08947 which is operational but looks rather work worn!
455833 departed last night and was replaced early this morning with 455835 which is currently sat outside my office having all the seats etc removed prior to being split up and shunted into the shed. 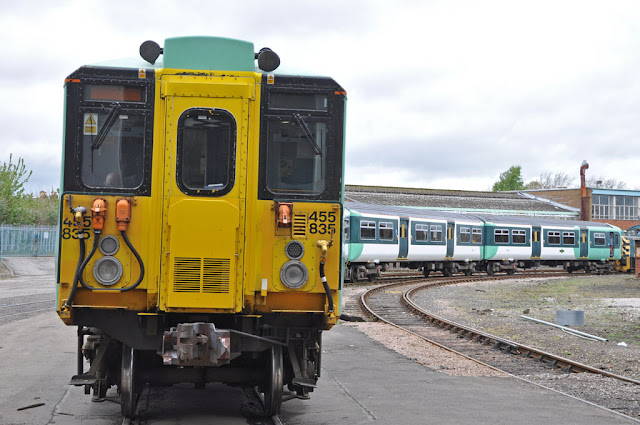 07007 is back in action, having had many of it's hoses replaced and attention to the fan assembly over the last couple of weeks.

Here's hoping the VEP makes it to Swanage today, at the second attempt......
Posted by Carl Watson at 11:26 No comments: