47853 and 66589 are back out the front of the Works, almost ready for departure following repairs.

'Celebrity' 66s, 66718 and 66721, are sat in the pouring rain by Eastleigh station. Released from the Arlington Paintshop on Monday reliveried and one of them renamed, they did a GBRf charter yesterday from Victoria which included a naming ceremony for 66721 'Sir Peter Hendy CBE'. 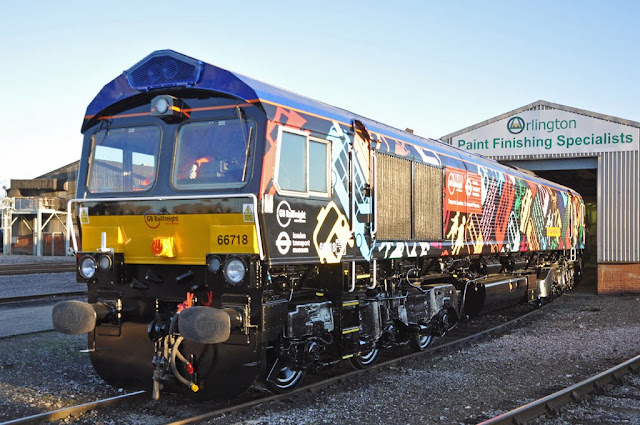 66718 sports graphics of various modes of transport around London as well as famous quotations relating to London. 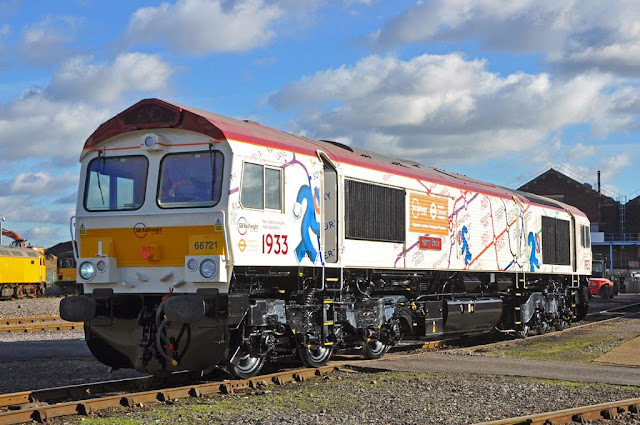 66721 retains its 'Harry Beck' nameplates and is cream on one side with graphics depicting the Harry Beck's original 1933 Underground map. The other side is white and depicts a 2013 version of the map.
Yesterday saw the return of three 57s from RHTT duties, 57312, 57301 and 57306 arrived with the Arlington Translator vehicles. The comment on the side of 57306 said it all for me...'Also available in Yellow'.
01508 was used to shunt the Translators giving the first chance to see the matching livery.... 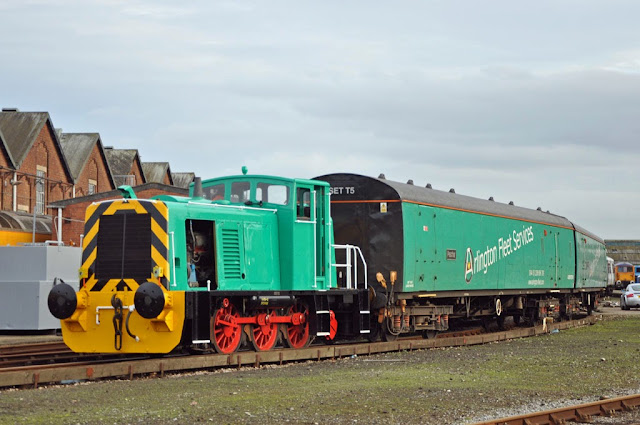